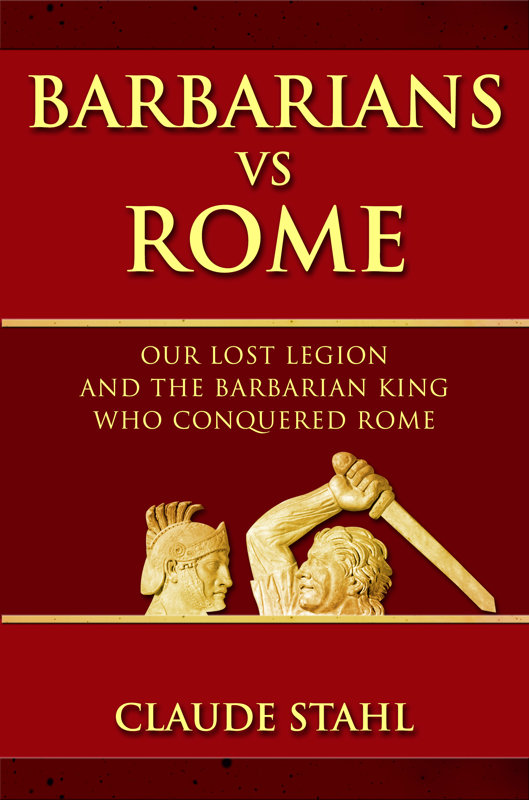 A story of the History of Rome. Set in 455 AD “Barbarians Vs Rome”, an exciting story of conquest and divided loyalties. The story of two men, friends and confidants, doomed to be on the opposing sides at the fall of the mighty Roman Empire.

Of Vitus Maximus, a Roman Commander who lost his Legion in battle to the Vandals and who, when taken hostage, became a confidant and teacher of the Vandal King Gaiseric and of his friendship with Theodoric, a Barbarian Prince and his student.

Through their eyes it reveals the story of how the Vandal tribes together with the Asian steppe riders the Alan’s, cut a bloody swathe through Europe, from Germania to Hispania, across the Mediterranean sea to North Africa where they forced the remains of the Roman Empire to make their desperate last stand.

Years later Theodoric journeys to Rome to meet his old teacher just as Gaiseric makes an audacious dash to the very gates of Rome where he meets his old confidant Vitus Maximus, now a rich and influential senator and a man who now must now make his own fateful decision.

“Barbarians” is a riveting, historical novel that follows the timeline of real events in ancient Rome, containing vivid battle scenes, documenting an accurate use of weaponry, whilst revealing and comparing the wickedness of the Romans and character of the so called Barbarians. An exciting and unique  novel that combines the death of the Roman Empire with the story of a peoples struggle to survive, and of a cunning king who led his people against the mightiest Empire the world had ever seen.